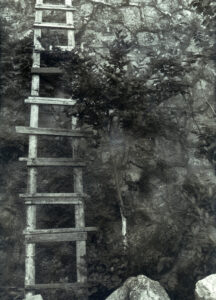 ABOUT CARBON PRINTING
The carbon printing process uses colour pigments producing one of the the most permanent coloured photographs. The use of pigment allows any colour photograph on almost any surface. The beautiful tonal scale resolves fine detail.  It relies upon the ability of sensitized gelatin when exposed to U V light becoming insoluble in water. Exposure hardens the top surface and the bottom layer remains soft. It must be transferred to a different support or it will wash away from the original tissue support. The unexposed soluble areas are washed away proportional to the negative highlight and shadows to reveal the underlying final support. This creates a bas-relief effect, its unique signature.
Carbon is a contact printing process that is labour-intensive, time-consuming and can be technologically demanding but returns a unique aesthetic beauty a 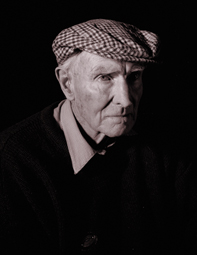 HISTORY OF CARBON
Carbon evolved over years of discovery.  From the late 19th century to 1st part of the 20th century it was considered one of the elite photographic print processes.  Gustav Suckow in 1832 discovered the light sensitivity of dichromate – 1839 Mungo Ponton found paper coated with dichromate was light sensitive. It was Becquerel that discovered this sensitivity was dependent on organic matter such as gelatin and starch. Talbot discovered these colloids became insoluble when exposed to light. Alphonse Poitevin built on Talbot’s discovery and made the first carbon print by adding carbon black to a mixture of dichromated gelatin in 1855. In 1864 Swan patented the process and became a supplier of carbon materials. It was adapted to colour using pigments in 1868 by Louis Arthur Ducos du Hauron.

ABOUT THE WORKSHOP:
During the 2 days you will:

ABOUT ELLIE YOUNG:
Since 1994 she has been practicing and studying the art craft and science, of ‘alternative’ photographic processes. Ellie conducts workshops mainly in her studios, but also teaches in collages and institutes around Australia. She constantly exhibits her work nationally and internationally. More about Ellie >