The Photography of Stavros Pippos Official opening 2 pm to 5pm on the 2nd June  – Opening talk by Stavros at 2.30

platinum-palladium, regarded as the pinnacle of archival printing, plus the more traditional black-and-white gelatin-silver and the exquisite silver-chloride contact prints.

Together they form the nucleus of this magnificent work. 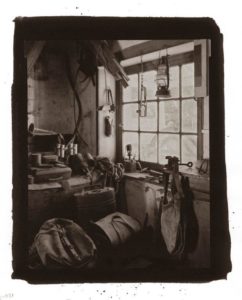 This is an inspiring collection of photographic work produced to the highest technical standards by an artist dedicated to his craft.

Every monochrome photograph has been meticulously handmade by Stavros in his darkroom.

This is an extract from his latest book ‘The Photography of

My interest in photography has evolved over a lifetime, a passion kindled when I was a twelve-year-old boy with a camera cycling the dusty back tracks of Mullumbimby in northern New South Wales. I often spent my weekends photographing rural scenes around Mount Chincogan or the nearby Brunswick River. In the evenings I processed film and contact-printed negatives in a makeshift darkroom. The joy of watching an image slowly emerge through a cloudy chemical bath lit a creative flame within that set me on my photographic journey ― a journey that has rewarded me beyond anything a twelve-year-old boy with a camera could ever have imagined.

The desire to pursue a creative life led me to Adelaide, where I gained a position with the television station ADS Channel Seven. Television was still in its infancy in Australia, and most people working in the field were young and eager to learn. On 15 July 1963 I began work as a property boy. My job involved moving scenery, sweeping floors, and general studio duties. I found television a perfect fit, and it wasn’t long before I began to

work my way up through the ranks. Eventually, many years later, I became Managing Director of the company for which I had initially been employed to sweep studio floors.

I can now see just how relevant my time as a studio cameraman and later as a director was to my post-television life as a photographer. In the days of black-and-white analogue television the ability to visualise colours as steps of a grey scale, from dense black through to paper white, was a necessary skill for a cameraman; and it remains so today for those of us engaged in the art of black-and-white photography. In live television the studio camera operator must also be capable of speed and precision, and have an eye for composition. It soon became second nature for me to reposition a large mobile camera, moving from one scene to another, simultane 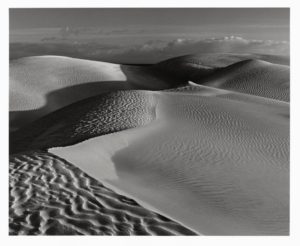 ously rotating the lens turret to select one of four prime lenses. Using my large-format analogue film cameras today requires similar concentration and attention to technical detail – with one significant difference: I’m now the director, producer, camera operator and creator of the final printed image. Nothing could be more satisfying!